So after all these years I’m thinking of joining a dancing class for fun. Not just any dance class but the Latin and salsa classes. I always admired those dancers because they look so  sophisticated and disciplined with their heads held high one foot after the other.

As a child growing up with my two siblings, dancing wasn’t exactly an activity that we practiced a lot. I can remember not being able to move to a beat even if my life depended on it. I just couldn’t. As I grew into my twenties we attended school dances and for fun my sisters and I would go to clubs. On these occasions I looooved being on the dance floor. The moves weren’t very accurate but I could do the basic steps and I enjoyed it thoroughly. My jazz and hip-hop moves were nothing anyone would copy but I did very much felt like the bomb. I could dance all night long until my hair looked like an Afro out of the 60’s… Thinking of those days gives me a huge smile on my face and reminds me of the freedom I felt when my cousin who often went with us, turned me around and around as we jazzed. He was more like my big brother although I was older than him. He taught me a thing or two on the floor and we were great dance partners.

My eldest sister couldn’t put one foot in front of the other without stepping on your toes, but the running man was her thing. My sister had moves and she was the one who introduced us to dance music by playing my dad’s old wireless on top volume. She’d play beats like Pump up the jam and Micheal Jackson. Also MC Hammer and Whitney Houston. My sister had beat:-) Growing up in the 80’s was so much fun!

So what took me so long to do this activity that brought me so much joy? Why don’t I do it more often?  Why should I feel that so much time has passed and I’ve missed that boat? Why can’t I start enjoying it now?

The question is…why not? We can think of so many reasons why we can’t do the things that we’d like to do instead of just being meh. We have to clean, cook, drive children around, do parent evenings and all those other things that has to be done. When it comes to doing something for ourselves we over-think and make it unnecessary difficult to get to.  Well, that’s going to change. I’ve decided. This year I’m going to join the Dance Domain dancing studio to shake what my moma gave me!! I’m going to devout one hour two times a week and do something I enjoy. Procrastinating is ugly and I don’t like it.

Isn’t dancing a lovely way to get fit as well? And if I can persuade my darling husband to join with me, this could make for great QT together. Much needed fitness goals and relationship building will be achieved during this time. After all I’ve always thought of us as a hot couple when dancing…until he said to me one evening “no moma…that’s not how we do it.” Whatever…I’ll dance and you can watch.

I’ve done some research on the different Latin dance styles and can’t wait to try all of these steps.

Cha cha – Originating from the Rumba, Cha Cha is a fast Cuban dance characterised by cheeky interaction between partners. A Favourite of beginners in Latin dancing.

Samba – Brazilian of origin, and popularized by the dancers at the Rio Carnival two styles of samba exist, the ballroom style being more progressive by nature and the Brazilian style being more static. Both styles however are dominated by sultry, sexy moves.

Rumba – Two main styles of rumba exist, the Cuban (box) Rumba and International (Ballroom) Rumba. It is characterized by intense interaction between partners, owning the label of the love dance. Sultry and sexy it originated with African/Cuban rhythms. It is also referred to as Rumba. The International style is closely related to Bolero.

Jive – Belonging to a the large family of Swing dances, characterised by the syncopated music of Lindy, Rock and Roll, Jitterbug etc, the Jive was popular in America in the 1930’s and remains so today worldwide. Fast paced and energetic!

Paso doble – This dance is Spanish in origin. The music and dance reflects the matadors in the arena, bullfighting on the dance floor. Extremely masculine by nature. 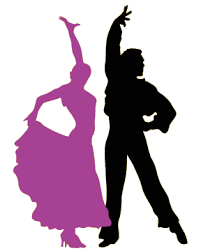 Bolero – The National dance of Spain, A gentle rhythm related to a slow son, very romantic and intimate by nature.

I’m going to have so much fun…no better time than now! Do something you love. Join the hiking club. Join a choir. Do that thing that fills your lungs with air and makes you smile from ear to ear. Be excited, be happy…live!! If not now…then when??

In the still of the night – Camps Bay

The Adonis and I

Some women are lost in the fire. Some women are built by the fire...and some are the fire🔥🔥🔥
So so true. Honesty and communication is the key. #relationships #menandwomen #partnerships #forthelovewords
Office snaps😻
Cape town, V&A waterfront vibe🍹🍨🌻🌞#festive #tribalmusic
*UNBREAKABLE QUEEN'S LIFE LESSONS DIARY*

Breaking Free From The Past, In Hope For A Bigger & Brighter Future

An Erratic soul with Brunette curls, tangled in thoughts, trying to overcome flaws

Life Is A Teacher

I had a dream that I didn’t want the lion to eat the lamb and the lion came up and lapped my face like a big puppy dog and then I picked up the lamb and it kissed me. - Jack Kerouac

Sharp as a needle ~ Scathing as a razor blade ~ Welcome to my world.